Uterine fibroids are every woman’s nightmare. These are non-cancerous growths which grow outside or inside the uterus. Fibroids are as a result of normal cells undergoing abnormal growth.

Uterine fibroids (leiomyomata) are noncancerous growths that develop in or just outside a woman’s uterus (womb). Uterine fibroids develop from normal uterus muscle cells that start growing abnormally. As the cells grow, they form a benign tumor.

Who Gets Uterine Fibroids?

The most common fibroid symptoms are heavy bleeding during menses, frequently urinating and constipation. The pain can become acute when the fibroid runs out of blood supply. This is a sign that is has grown bigger than what it is feeding on.

In women who have symptoms, the most common symptoms of uterine fibroids include:

Rarely, a fibroid can cause acute pain when it outgrows its blood supply. Deprived of nutrients, the fibroid begins to die. Byproducts from a degenerating fibroid can seep into surrounding tissue, causing pain and, rarely, fever. A fibroid that hangs by a stalk inside or outside the uterus (pedunculated fibroid) can trigger pain by twisting on its stalk and cutting off its blood supply.

Fibroids are known to shrink after menopause but there are situations where drastic measures like surgery are the only option. The patient can also be given medication to deal with the symptoms. There are critical situations whereby the uterus must be extracted.

Surgery to remove your fibroids may be considered if your symptoms are particularly severe and medication has been ineffective.
Several different procedures can be used to treat fibroids. Your GP will refer you to a specialist who will discuss the options with you, including benefits and any associated risks.

The main surgical procedures used to treat fibroids are outlined below.

A hysterectomy is a surgical procedure to remove the womb. It’s the most effective way of preventing fibroids coming back.
A hysterectomy may be recommended if you have large fibroids or severe bleeding and you don’t wish to have any more children. 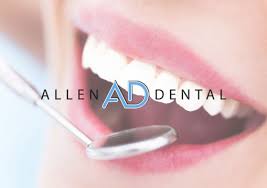